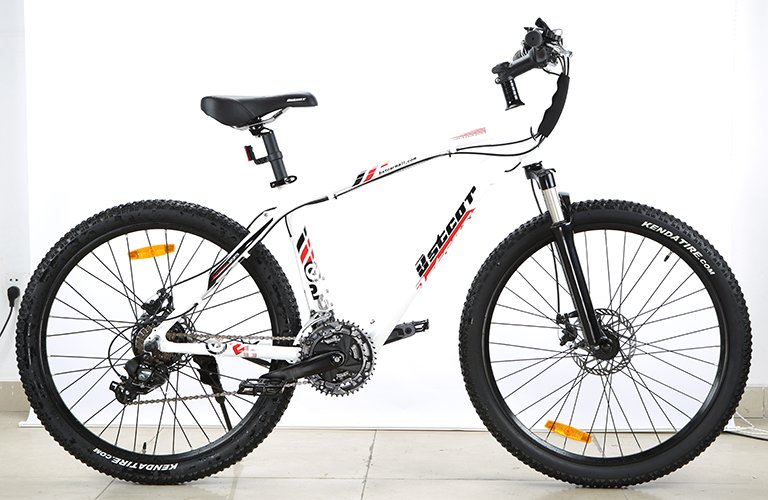 Speedy Enough: Think cars are that much faster than an e-bike? Think again. The average car speed for around-town driving is 30 kph. Average e-bike speed? A very respectable 24 kph.

•Yes, They Still Count as Exercise: A new University of Colorado Boulder study says that regular e-bike usage has health benefits. Though they’re pedal assist, a e-bike can still give you a workout, improving your cardiovascular health, fitness, and aerobic capacity. The results were most prevalent in previously sedentary riders.

•They Eliminate Much of the Heavy Lifting: Many e-bikes let you haul a load sweat-free. For example, Tail G helps you maintain an average speed of 24 kph, even when you’re bike is loaded with 180 kgs worth of rider and gear.

•Budget Travel: Many e-bikes are cheaper to operate per km than a car. According to e-bike manufacturer calculations, the average annual cost of maintaining and operating a car is R111,400. Compare that to their calculated average annual cost of maintaining and operating an e-bike, which is just R4680. The fuel's cheaper, too: the cost of a 45 Litres gasoline fill-up is about R630 (45 Litres at R14/Litre). Cost to fully charge an e-bike, on the other hand, is about R6 (480 watt/hr battery at R1.20/kwh).

•They're Kind of a Bargain: E-bikes are less expensive than you might think—in fact, you can buy one new for under R16,000. (They vary greatly in technology, design and price.)

•You Can Go Long(ish): E-bikes are great for commuting and even some long-distance travel. Consider this: a car can travel about 500 kms on a tank of gas (assuming an average of 10 kms per Litres for a 2015 model year car). E-bikes go 30-96 kms per charge. (Some e-bikes even have ranges greater than electric cars like the Nissan Leaf and the BMW i3.)

•It's Easy to Plug In: If you can find an outlet, you can charge your bike. Unlike electric cars, which require dedicated charging stations, most e-bikes plug in anywhere. Some even have removable batteries, which make it even more convenient to charge. ( Plan around four hours to get your e-bikes fully charged.)